Tommie loves the all the KSHE DJs and the KSHE Klassics Show is definitely his favorite show and you will hear it playing in every room of his house and the garage on Sunday mornings. He thinks it’s important to recognize all the classic artists and great rock musicians that helped influence the rock & roll bands and musicians of the past and present. The Klassics Show does exactly that and gives the listeners a chance to hear some of the great album tracks and not just the top hits heard daily

Tommie has listened to KSHE for the majority of his 29 years on this planet, with the exception of 4 years when he was away in Marines, before you could listen online

Tommie got married to his beautiful wife in 2019. They have a have a 1 year old future Real Rock Army member son named Hilton and 1 dog, a Havanese. They had a bulldog too, but unfortunately he crossed the rainbow bridge this past year

Tommie works for Siemens – Heathineers as a Field Service Engineer where he services and installs medical imaging equipment such as CT, MRI, and X-Ray systems. He travels throughout and beyond the St. Louis and metro-east and works in almost all the areas largest hospital and healthcare systems

Tommie enjoys going to the gym and exercising, which he balances out with his love of drinking beer. He also likes being outdoors, hunting, Cardinals baseball, building/constructing things such as furniture and doing home renovations/improvements especially on Sunday mornings while listening to the KSHE Klassics Show 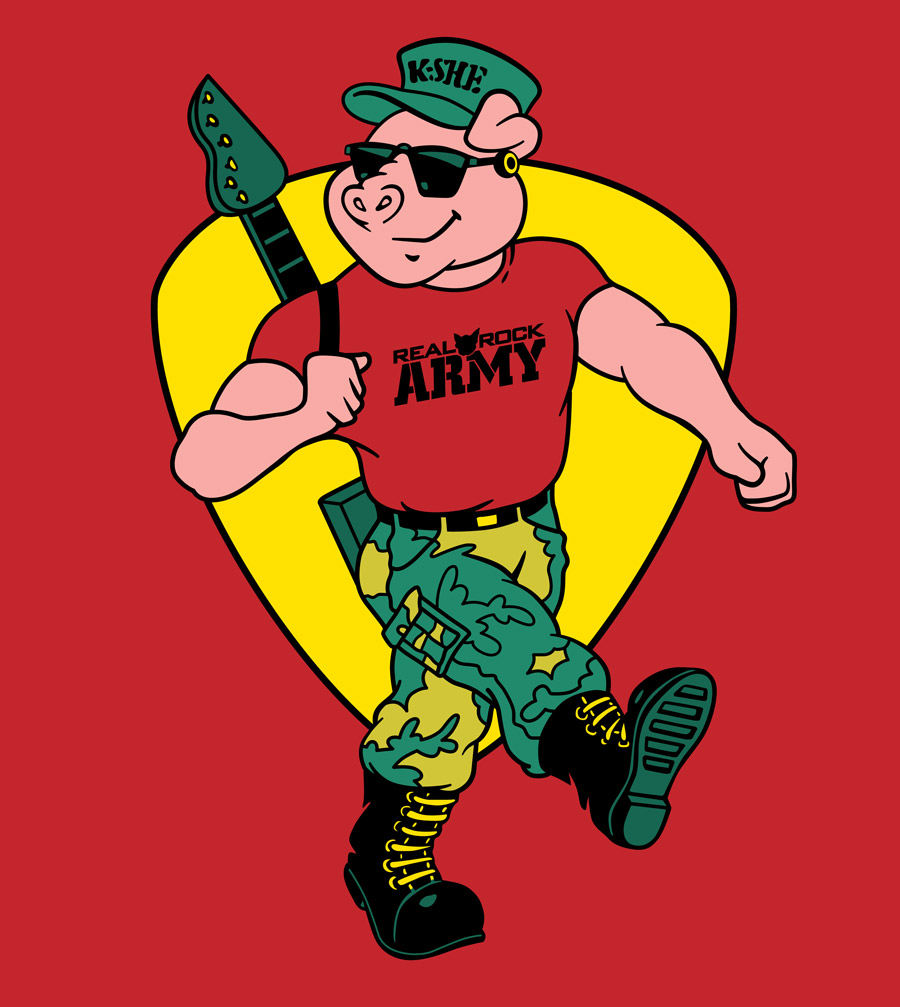