Home » Photo Gallery » Shrink Wrap » Behind the Shrink Wrap: In the Dark

Behind the Shrink Wrap: In the Dark

Released July 6, 1987, In the Dark was the 12th studio album by the Grateful Dead. It was the band's first album in six years, and its first studio album since 1980's Go to Heaven. It became unexpectedly popular achieving double platinum certification in the U.S., their only top ten album reaching #6 on the Billboard 200 chart. The album’s hit single, "Touch of Grey," peaked at #9 on the Billboard Hot 100, the band's only top forty single, also becoming a frequently played music video on MTV. "Hell in a Bucket" and "Throwing Stones" also achieved significant album-oriented rock radio airplay.

Flip through the gallery to go 'Behind the Shrink Wrap' of Grateful Dead's In the Dark!

This gallery uses material from the Wikipedia article In the Dark (Grateful Dead album), which is released under the Creative Commons Attribution-Share-Alike License 3.0

1 of 8
July 6, 1987
Photo by:
© Grateful Dead, Arista Records [Fair Use]
Grateful Dead’s 12th studio album, In the Dark, was recorded in one week in January 1987, and originally released July 6, 1987. The album became unexpectedly popular, achieving double platinum certification in the U.S, reaching #6 on the Billboard 200 chart 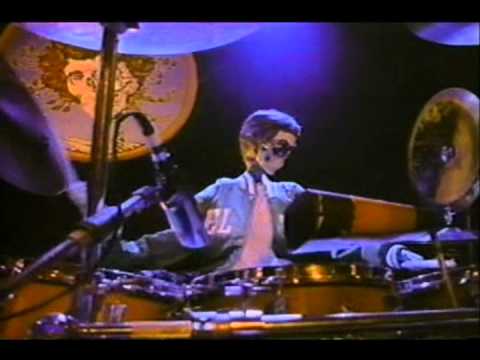